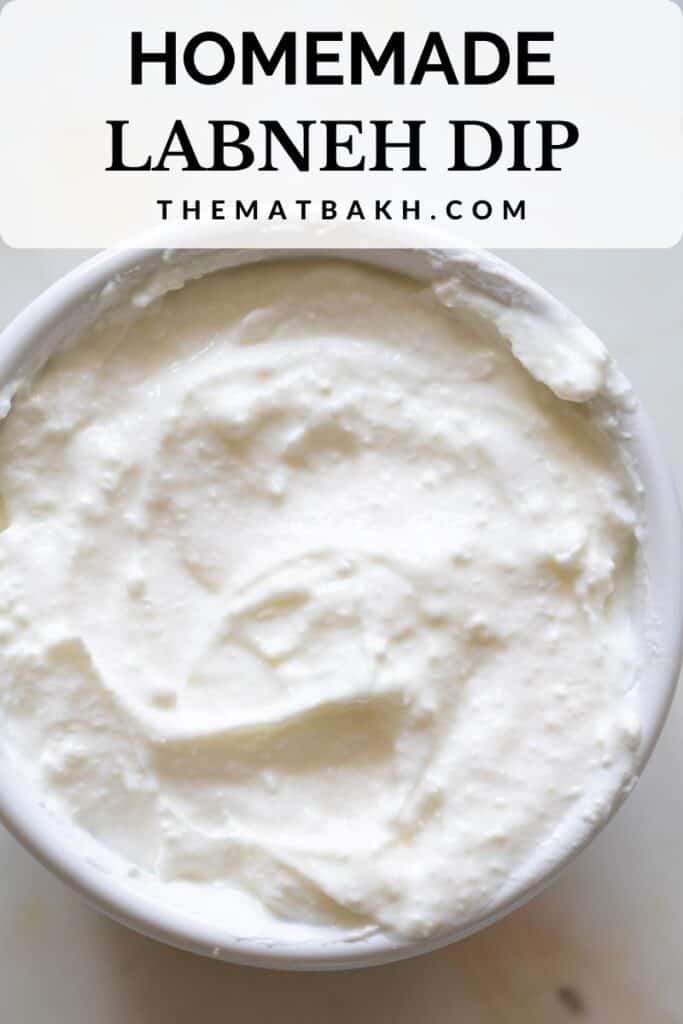 Labneh is a delicious, creamy dip made from strained cow's yogurt. It's popular in Middle Eastern cuisine and has a consistency similar to cream cheese. This homemade labneh recipe walks you through making labneh using milk and a starter yogurt culture. If you are short on time and want to simplify things, make labneh using store-bought yogurt.

For sour labneh, I recommend using this recipe. If you want "not sour" labneh, make labneh using store-bought yogurt. For more authentic Lebanese recipes, check out 22 of the best Lebanese recipes.

I grew up on homemade labneh, baba ganoush, and tabbouleh; pretty much every Lebanese kid does. And after so many years of eating labneh (and labneh sandwiches), I finally asked my father how to make our family's homemade labneh recipe. It's simple and doesn't need any fancy equipment. This is how my Tayta Lily used to make it.

What I Love About This Dip

Yes, you can buy labneh from the grocery store, but it doesn't taste the same as the homemade version. I love that this recipe uses very few ingredients (milk and yogurt). I know exactly what I put into my labneh, and I use higher quality ingredients, like organic milk and organic yogurt.

Another thing I love about this creamy labneh dip recipe is there's a shortcut for making labneh using organic store-bought plain yogurt. It's a big time-saver for busy weeknights, making this recipe one step (straining the yogurt).

Labneh dip is a great appetizer for dinner parties. It can be dressed up with some za'atar and extra virgin olive oil or eaten with olives, fresh mint, and raw vegetables like sliced cucumbers and ripe tomatoes. My favorite way to eat labneh is in a labneh pita sandwich.

Labneh is made with two simple ingredients: milk and yogurt. The best-tasting labneh from scratch uses full-fat milk and full-fat yogurt.

The "starter yogurt" is just plain unsweetened yogurt you can buy from the grocery store. I have not tried using Greek yogurt as a starter yogurt, but if you do, please drop a comment at the bottom of the post and let us know how it went.

How to Make Labneh From Milk

Put the milk in a large pot. Set heat to high until the milk just starts to boil. Immediately remove from heat. This is important! You have to watch the milk, otherwise, you will run the risk of the milk boiling over and making a mess. We boil the milk to kill competing bacteria so that the yogurt cultures can grow.

Let the milk cool down to a temperature at which you can stick your finger for 10 seconds. If the milk is too hot, come back until you can keep your finger in the milk for 10 full seconds. Back then, they didn't have fancy kitchen gadgets to read temperatures.

Mix the starter yogurt with 2 cups of warm milk (from the pot) in a separate bowl. Mix until smooth. Add the milk and starter yogurt back to the pot full of milk.

Cover the pot and wrap it with a towel. Let the yogurt sit at room temperature for a full 24 hours.

Hint: If you want more sour labneh, let the yogurt sit at room temperature for up to 48 hours.

Strain the yogurt for around 6 to 8 hours. The yogurt can be strained at room temperature or in the fridge. Liquid whey will accumulate in the bowl below. It has a yellowish color which is perfectly normal.

The labneh is ready once it sort of sticks together. Labneh has more moisture than cream cheese, yet less moisture than sour cream. Serve labneh with a pinch of salt, a drizzle of olive oil, and some pita chips.

What Is the Amount of Labneh?

My family makes a large quantity of labneh every two weeks (about 2 gallons of milk worth). After the yogurt is strained, it reduces by about half of its size. Here is a table that helps in determining how much to make.

In Lebanon, some homes use a cloth sack and hang the labneh cheese above the kitchen sink to drain. This removes the need for a bowl to collect the whey as the labneh strains.

Use a large stovetop pot to bring the milk to a boil. Use a strainer and large bowl to strain the labneh using thick paper towels or a large cotton cloth.

Store the labneh dip in an airtight container in the fridge for up to 2 weeks. Labneh cannot be frozen.

Is Greek yogurt and labneh the same?

Labneh dip and Greek yogurt are similar in texture but differ in taste. Both are strained yogurts, however, Greek yogurt was traditionally made with goat's milk whereas labneh was traditionally made with cow's milk. Another difference is the process for straining the different yogurt. Labneh yogurt has a tangy flavor because it is made and strained at room temperature.

Labneh is made from cow's milk yogurt.

How do you make labneh from scratch?

Labneh is strained yogurt. If making homemade yogurt from scratch, use full-fat milk and full-fat yogurt. Strain the yogurt at room temperature for 6 to 8 hours.

Labneh is similar to cream cheese. It's easier to spread and lighter in calories and fat. It doesn't contain any additives like store-bought cream cheese-like carrageenan.

Where to buy labneh?

Labneh can be purchased in Middle Eastern grocery stores or in some WholeFoods and Central Market supermarkets. If you can't find labneh, it's easy to make at home.

What is the difference between making labneh from yogurt vs milk? 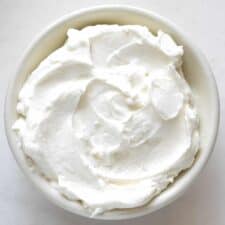