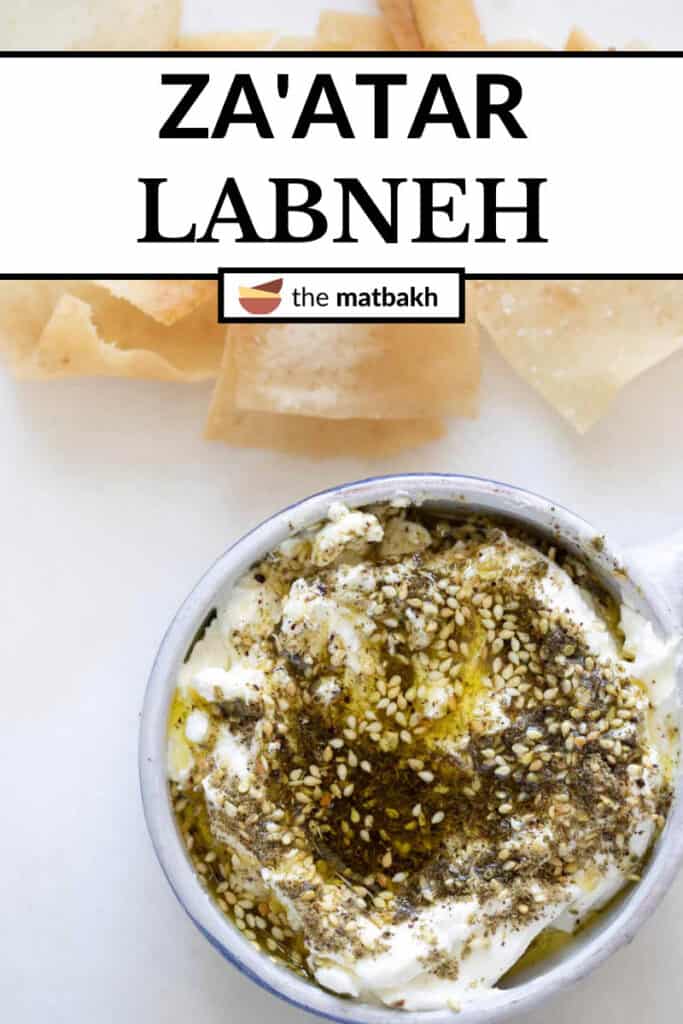 Za'atar labneh is a simple and quick way to make your plain labneh dip into something special. All it takes is some labneh, za'atar spice, high-quality olive oil, and a dash of salt. Za'atar labneh dip is best served alongside homemade pita chips or some fresh pita bread.

Another way to jazz up your labneh dip is with mashed garlic, like in this garlic labneh recipe!

It's really hard to call this a recipe, however, it's such a great way to eat labneh I had to share it! I'm starting to see labneh and za'atar spice in local grocery stores, so these ingredients should be easy to find. Also, if you can't find labneh dip ready-made, you can make some yourself in two ways: labneh from store-bought yogurt and labneh from milk.

How To Make Za'atar Labneh

Spread the labneh in a wide, shallow bowl or plate. Sprinkle the za'atar spice on top with a pinch of flaked sea salt. Drizzle the olive oil on top of the za'atar spice, as much as desired.

Serve with a side of pita bread, french bread, or homemade pita chips.

What is the difference between yogurt and labneh?

Labneh is strained yogurt, so it has a more thick consistency similar to Greek yogurt.

What do you do with labneh?

Eat labneh as a dip with pita bread or pita chips. Slather labneh on a toasted bagel or toasted slice of bread. Za'atar labneh and garlic labneh are different variations of labneh dip.

Labneh is cow's milk yogurt that is strained using a cloth to separate the whey from the creamy cheese. It has the consistency of Greek yogurt. 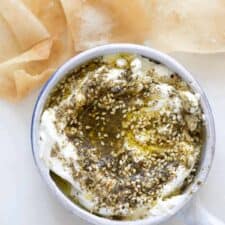