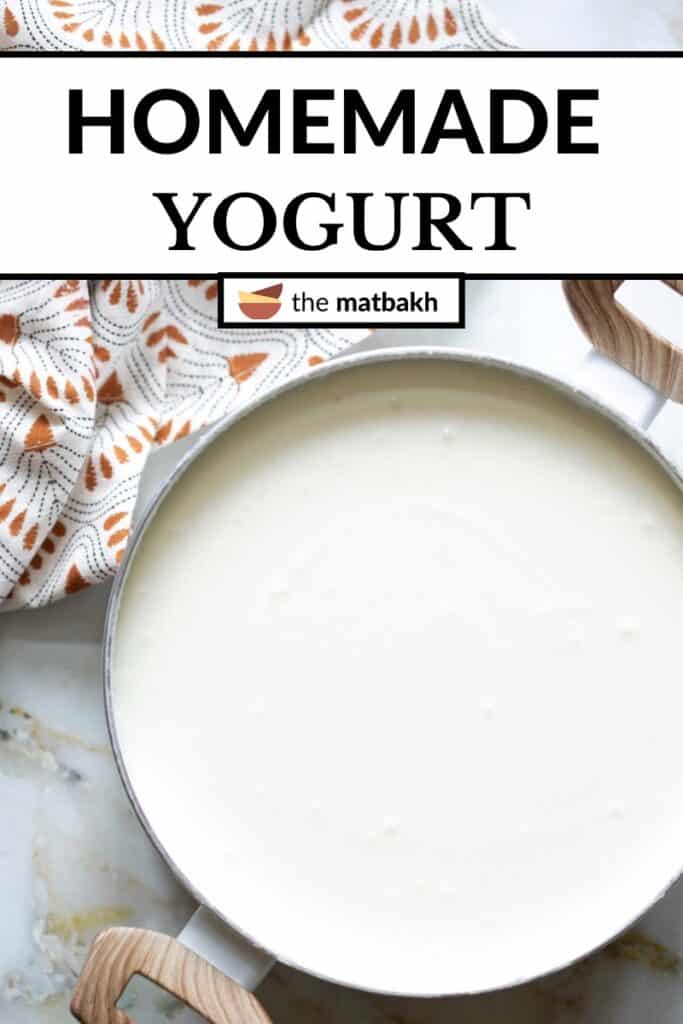 This homemade yogurt recipe is simple and easy using two ingredients: a starter yogurt and milk. This recipe doesn't need any fancy gadgets, just a stovetop pot with a cover and towel. Use your homemade yogurt for a labneh dip, mint and cucumber yogurt, or kibbeh labanieh.

How to Make Homemade Yogurt

Add the milk to the stovetop pot on high heat.

Bring the milk to a boil, then turn off the stove.

Pro Tip: Monitor the milk closely so the milk doesn't boil over.

Allow the milk to cool down until you can hold your (clean) finger in the milk for 10 seconds. Skim the film off of the milk.

Whisk the starter yogurt and milk together until smooth in a separate bowl.

Add the yogurt and milk mixture back to the milk.

Cover the milk with the pot cover and wrap it in a towel.

The yogurt may have more whey than store-bought yogurt which is normal. If you would like to thicken up the yogurt, strain the yogurt using a thin cotton cloth or kitchen sack towel.

The yogurt may look bumpy or curdled. It's optional to use a whisk to smooth it out. Store the yogurt in the fridge for up to 2 weeks.

Store the homemade yogurt in an airtight container in the fridge for about two weeks.

Can yogurt be made at home?

Yes, yogurt can be made at home with basic kitchen tools: a stovetop pot, cover, and towel.

How do I make homemade yogurt?

Make homemade yogurt by bringing milk to a boil. Allow the milk to cool down to the point you can stick your finger in it for 10 seconds. Add the starter yogurt and mix. Cover the stovetop pot and wrap it with a towel. Let the yogurt form at room temperature for between 24 hours and 48 hours.

Is making homemade yogurt worth it? 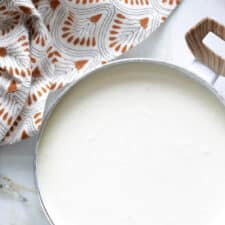