Welcome! My name is Lilian, but my friends call me Lily, a.k.a Lili Bo. It's so nice to meet you, and I'm so glad you are here.

I was born in 1985 to a Lebanese father and American mother in Los Angeles, California. I spent my first 3 years of life in LA before we moved to Birmingham, Alabama. I'm eventually planning my great return to LA, but that's a story for another day.

As a kid, I was obsessed with Michael Jackson and would only jump off of the diving board doing one of his dance moves.

My childhood was spent playing outside with my friends in the neighborhood, babysitting, and trying to start businesses that would help me save up for my dream car when I turned 16 - a Jeep Wrangler. Dreams really do come true.

I have 3 younger siblings that I love so much. They have really grounded me through difficult times. My brother, Jamil, is actually the best cook I know. He never makes the same thing twice, and he makes dinner every single night.

We moved from Birmingham to Houston when I was 12, and I spent the remainder of my life mostly in Houston, Texas aside from my college years living in Austin, a year working in China, and more recently living in Abu Dhabi. Houston, Texas is where I would call home because it’s the city that I know where everything is, how to avoid traffic, and which places flood. On top of that, Houstonians are the bomb dot com!

Growing up, I was taught to play tennis with a two-handed tennis racquet- an invention of my fathers (yes, it’s ITF approved). I play occasionally now and just try not to injure myself.

Little did I know that this little passion of mine would come full circle almost 2 decades later.

After high school, I went to college and graduated with an engineering degree. I picked engineering because of 3 reasons:

I landed my first job as an engineer right out of college, and then the market crashed in 2008. It was a little stressful starting a career during such a big recession, but I guess it's nothing compared to what 2020 has been like.

In 2011, I started a job as a field engineer in China. I operated wireline robotic tools on land rigs and offshore rigs. I traveled a ton and lived out of my suitcase. That was a pretty adventurous period for me, and I ended up meeting my future husband, Mohamed.

I moved back to Houston in 2013, got married in 2016 to Mohamed, and we had a baby girl named Amina in 2018. While I was pregnant, I quit my corporate job after working for 10 years and decided to stay home with our daughter for her first year. Shortly after Amina was born, we moved to Abu Dhabi.

I've never been so fulfilled as a mother. There are moments where I really can't believe I have this little human in front of me that's learning, growing, and already picking fights. It's all so surreal. Even though I'm so thankful to be a mother, I'm also surprised by how difficult it is. No one told me! And if they did, I really couldn't understand what they were actually trying to communicate.

At first, I thought maybe I was a different mother duck struggling on the sidelines. But as I spoke to more and more women, I realized we all have similar stories and difficulties. Even with supportive spouses, being a mother is super hard. Sacrifices are inherent and many times unseen. But that's ok because it shapes us into who we are today.

Michele Obama pretty much summed up my stance on being a mom in her documentary Becoming. A lot of times something has to give, and that's ok. It's a different kind of beautiful, and I'm embracing it.

How The Matbakh Got Started

I've always loved cooking and bringing people together. After staying home with my daughter and moving overseas, I needed a creative outlet where I could mentally disconnect and learn something new. So what started as a small interest, turned into a full-blown passion. This passion project is constantly evolving and changing.

Anyways, enough about me... now that you know my whole life story. Let's talk about you and what you can find here.

What You Can Find at The Matbakh

The Matbakh actually means The Kitchen in Arabic. Here you will find tasty, easy options for cooking with likely a cultural twist. Everything from my Granny’s sweet potato casserole, to my mother-in-laws Mahshi Krumb (stuffed cabbage leaves). You will find a variety of flavors and stories behind each dish brought to you from my travels abroad and international friendships.

Just like many of us are a hodgepodge of nationalities and backgrounds, this food blog is a cultural melting pot with an emphasis on Mediterranean and Middle Eastern cuisine.

Cooking is a way of connecting with people. Even though we may have never met, I feel like I already know you.

I've been cooking things up ever since I was a kid. I'm a Lebanese American from Texas. My kitchen, or "matbakh", is a hodgepodge of delicious cultural recipes from the US and Mediterranean region.

We're In This Issue Of TML! 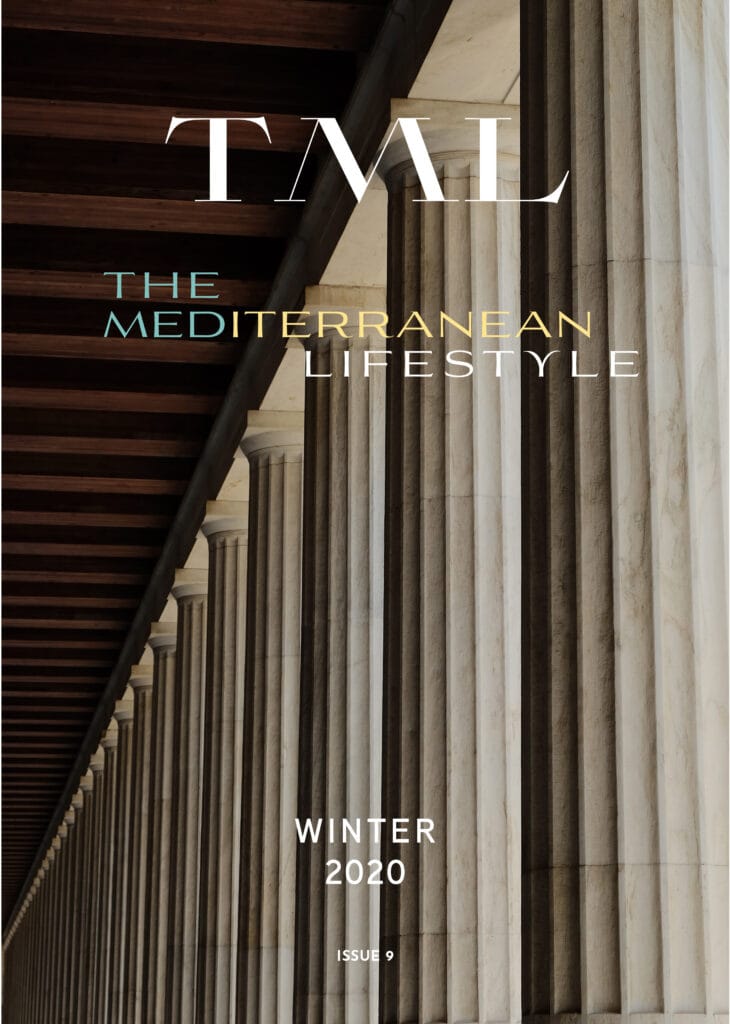