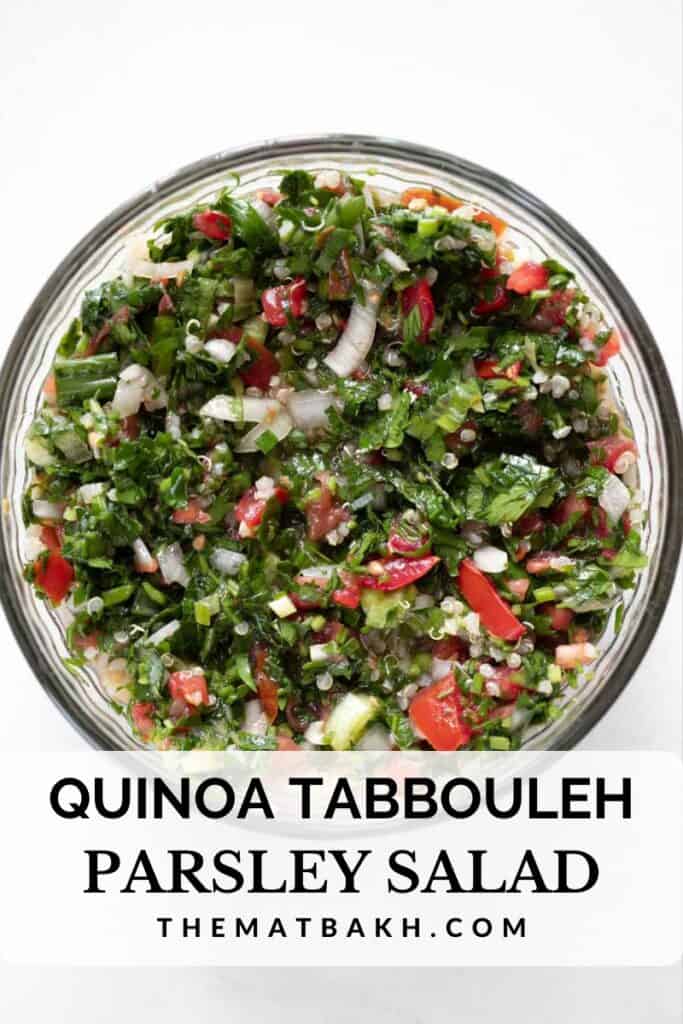 This gluten-free quinoa tabbouleh substitutes quinoa in lieu of bulgar wheat. It's the perfect ingredient substitution for anyone with gluten intolerance. Tabouli, or tabbouleh, is a popular Lebanese superfood parsley salad made with fresh parsley, tomatoes, onion, fresh mint, lemon juice, olive oil, and quinoa (or traditionally bulgar wheat).

Check out this authentic tabouli salad made the traditional way with bulgar wheat.

Why I Love This Recipe

This salad is jam-packed with all kinds of superfood goodness going on. From quinoa to Italian parsley, it's full of natural ingredients and vitamins. Tabbouleh is an excellent meal to have throughout the week, so this recipe is great to batch prepare. Finally, I really love the freshness of this salad. The fresh mint, parsley, freshly squeezed lemon juice, and high-quality olive oil make the salad juice mind-blowing.

How to Make Quinoa Tabbouleh

Prepare quinoa. Cook quinoa and set it aside to cool.

Assemble the salad bowl. Add all of the ingredients together.

Add the olive oil and salt to taste. Mix well.

Store the quinoa tabbouleh salad in the fridge in an airtight container for up to 5 days. I don't recommend freezing or warming it up. You can eat tabbouleh cold directly out of the fridge, or allow it to get to room temperature before eating.

Tabbouleh's main ingredient is parsley, which is considered a superfood.

This tabbouleh recipe is gluten-free because it uses quinoa instead of bulgar wheat. If you make the salad with bulgar wheat then it is not gluten-free. 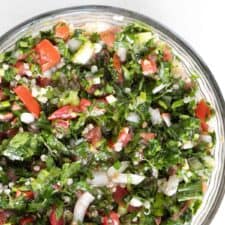