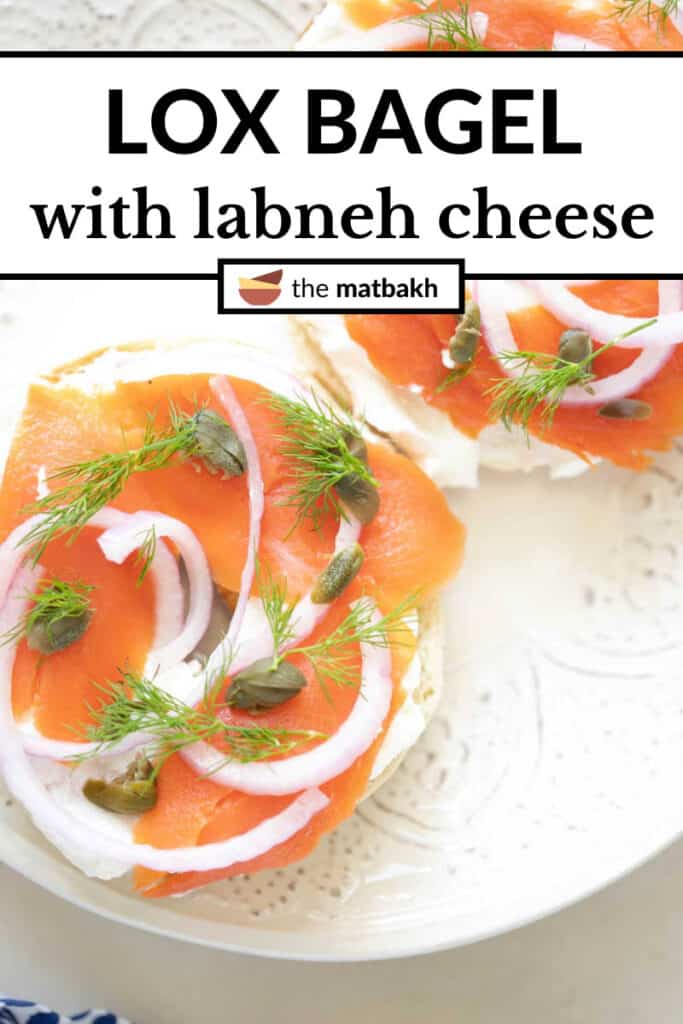 This lox bagel is a satisfying 5-minute meal made with a toasted bagel, smoked salmon, creamy labneh cheese, capers, fresh dill, and onion. Labneh cheese is an excellent reduced-calorie substitute for cream cheese, making this smoked salmon bagel light, refreshing, and so flavorful.

Traditionally, labneh is not eaten with seafood in the same dish. In fact, the Lebanese in me is questioning my sanity. However, after eating (and loving) this lox and labneh bagel at a high-end brunch restaurant, I wanted to make it at home.

I love that this smoked salmon bagel is a quick 5-minute meal with a balance of protein, carbs, and fat. Labneh is super creamy and has much less fat than cream cheese. Also, labneh is not processed like cream cheese and it doesn't contain carob bean gum or natamycin (a natural mold inhibitor).

How To Make A Lox Bagel

Toast the bagel. Spread the creamy labneh cheese on top of the toasted bagel.

This lox bagel recipe is super simple and only needs a toaster. Alternatively, you can toast the bagel in a toaster oven or oven.

This recipe does not store well in the fridge or freezer. I recommend preparing this smoked salmon lox bagel fresh every time.

What is a bagel with smoked salmon called?

Can you make these ahead of time?

These bagels are best served fresh, however, you can prep the ingredients ahead of time for a quick and easy prep in the morning.

This lox bagel is a satisfying 5-minute meal made with a toasted bagel, smoked salmon, creamy labneh cheese, capers, fresh dill, and onion.