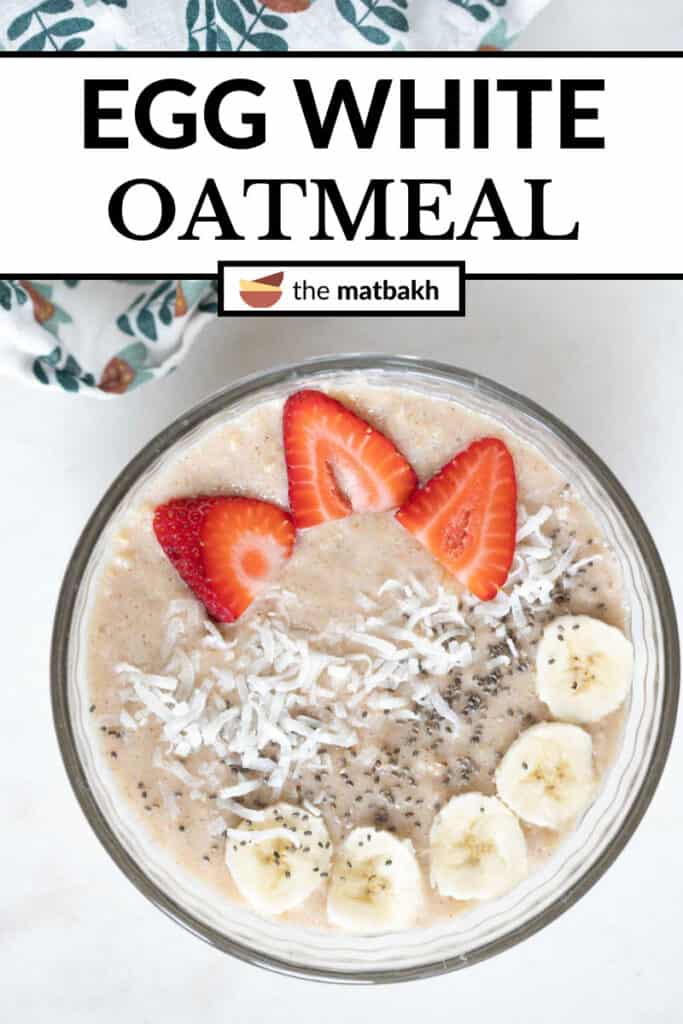 Egg white oatmeal is a quick and easy high-protein oatmeal recipe made with egg whites, quick oats, mashed banana, and honey. Whisked egg whites give the oatmeal a fluffy texture, all while adding protein. You can't even taste the egg whites!

I like quick, easy, and delicious recipes, especially for breakfast. I am a big fan of oatmeal in the morning, and I love the texture, variation, and taste of this oatmeal bowl. Also, it's super simple to customize, especially with fruit toppings.

How To Make Egg White Oatmeal

Crack the eggs. Separate the egg yolks from the egg whites using a slotted spoon.

Bring the oatmeal and water to a boil, while stirring continuously. Cook for about a minute until the oats are cooked.

Turn the stovetop to low. Whisk the egg whites into the oatmeal for about 15 seconds and remove from the stovetop. The oatmeal should change colors.

Whisk in the mashed banana, ground cinnamon, salt, and honey.

This recipe takes only 5 minutes, so I recommend preparing this oatmeal bowl fresh.

What do egg whites do to oatmeal?

Can you prep egg white oatmeal?

I do not recommend prepping egg white oatmeal just because it takes 5 minutes to prepare fresh. The texture of the oatmeal will change when stored in the fridge and reheated the next day.

Are egg and oatmeal good?

Yes! You can't even taste the egg whites in the oatmeal.