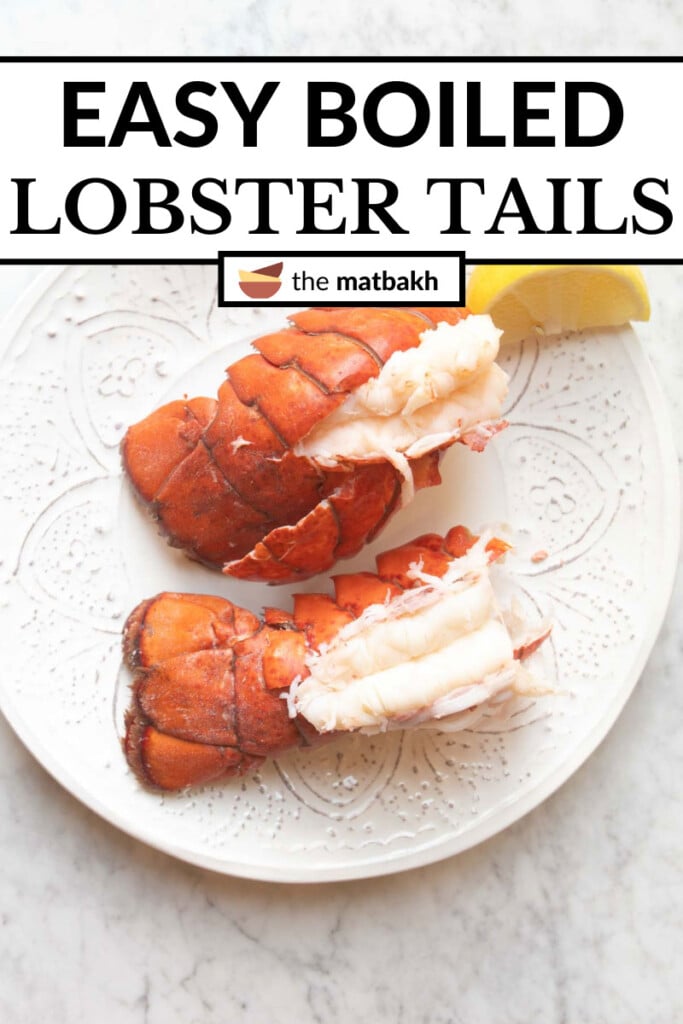 These boiled lobster tails are easy and take just about ten minutes to make. Serve these luscious lobster tails with a side of garlic butter sauce or lemon wedges.

Lobster tails are great for a special occasion, date night, or just because! They make a great side dish for grilled steaks or even as the main course. Other ways to use lobster tail meat are lobster bisque, lobster rolls, and lobster mac and cheese.

This lobster tail recipe is easy, quick, and fail-proof. Within just a few minutes, you will have succulent, tender meat.

How To Make Boiled Lobster Tails

If the lobster tails are frozen, thaw them in a large bowl of water. The tails are completely thawed once you can easily curl the tail.

Cut the top of the shell using kitchen scissors or kitchen shears to the tip of the fin. You can skip this step if desired. Cutting the shell makes it easier to eat the boiled lobster, but it's not necessary.

Bring heavily salted water to a boil in a large pot on high heat, then reduce to a gentle simmer. Place lobster tails in the water (up to 6 at a time) so as not to overcrowd the pot.

The size of the tails determines the cooking time. See the chart below.

How long do you boil a 4-ounce lobster tail?

The amount of time it takes to boil the lobster tail depends on the tail size. It takes about 45 seconds per ounce to cook a lobster tail. So if you have a 4 ounce lobster tail, it should take about 3 minutes.

Do you split lobster tails before boiling?

What do you add to the water when boiling lobster tails?

Add salt to the water when boiling lobster tails.

Is it better to steam or boil lobster tails?

Watch How To Make It

What To Serve With Lobster Tails 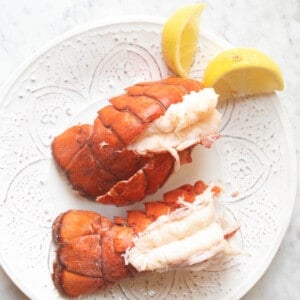