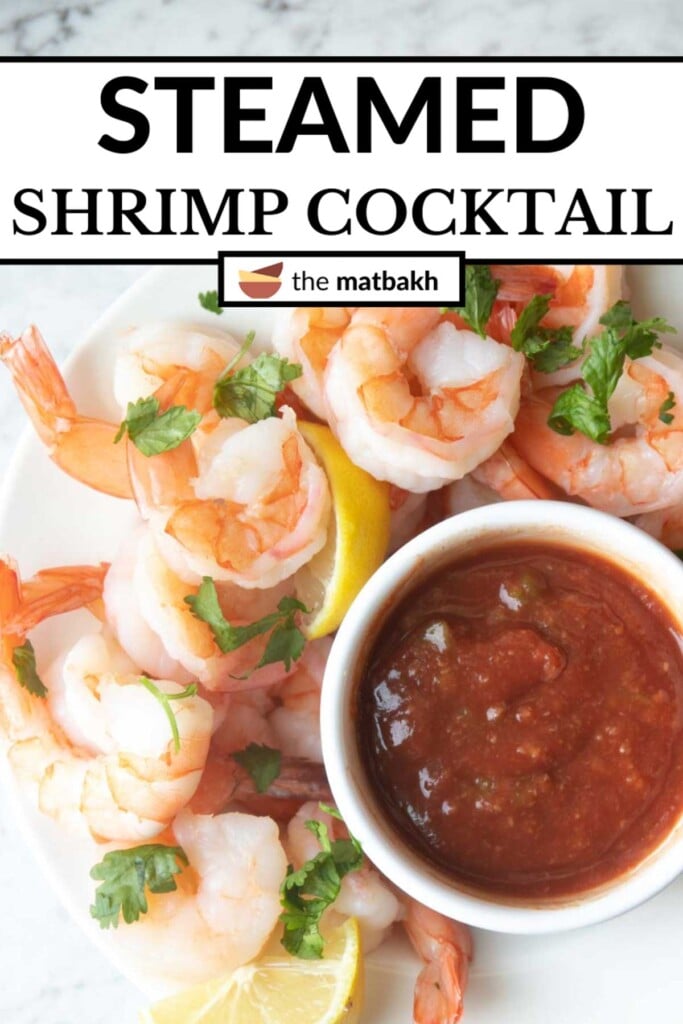 This easy steamed shrimp cocktail is the perfect appetizer and takes only 15 minutes. Shrimp is delicately steamed (using a steamer basket), then poached in an ice water bath resulting in the most perfectly steamed shrimp ever. Serve this steamed shrimp alongside homemade cocktail sauce or garlic butter.

Another great shrimp recipe is this sauteed garlic butter shrimp that takes only 15 minutes!

This delicious appetizer is so quick and easy that it's perfect for entertaining. Steamed shrimp is so much better than boiled shrimp because it isn't overcooked and rubbery. If this is your first time steaming shrimp, prepare to be shocked at how good it is.

The ingredients are split into two parts: the shrimp and the cocktail sauce.

This steamed shrimp recipe can be made with uncooked frozen or fresh shrimp. I purchased previously frozen raw shrimp with the tail-on. It's possible to unshell the shrimp or thaw previously frozen shrimp in water before use.

Also, I prefer to use extra large shrimp. It doesn't matter what type of shrimp you use; make sure they are decently sized and uncooked. If the shrimp is pink, then it's been previously cooked. Just check the bag or the seafood counter for raw shrimp.

How To Make Steamed Shrimp Cocktail

Prepare the steamer by adding water to the bottom of the pan.

Make an ice-water bath for the shrimp.

Quickly dump the steamed shrimp in an ice-water bath. This stops the shrimp from continuing to cook.

After about a minute, remove the shrimp onto a paper towel lined plate.

Pat dry the steamed shrimp. Chill the shrimp in the fridge while preparing the shrimp cocktail sauce.

I recommend using a steamer pot or steamer basket for this recipe. You will also need a large bowl for the ice water bath.

Store the shrimp and cocktail sauce separately in an airtight container in the fridge for up to 3 days. I do not recommend freezing this recipe.

How long should you steam shrimp?

Once the steam starts in the steamer tray, the shrimp takes about 2 to 3 minutes to turn pink.

Thaw the frozen shrimp in water before steaming them. Do not steam frozen shrimp. Otherwise, they will cook unevenly and overcook on the outside.

What is the best cooking method for shrimp?

Steaming is the best method to cook shrimp because it doesn't overcook the shrimp as quickly as boiling water would. 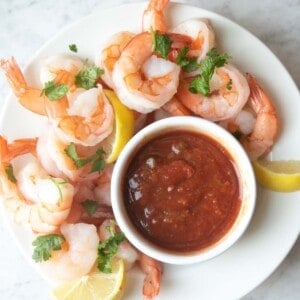