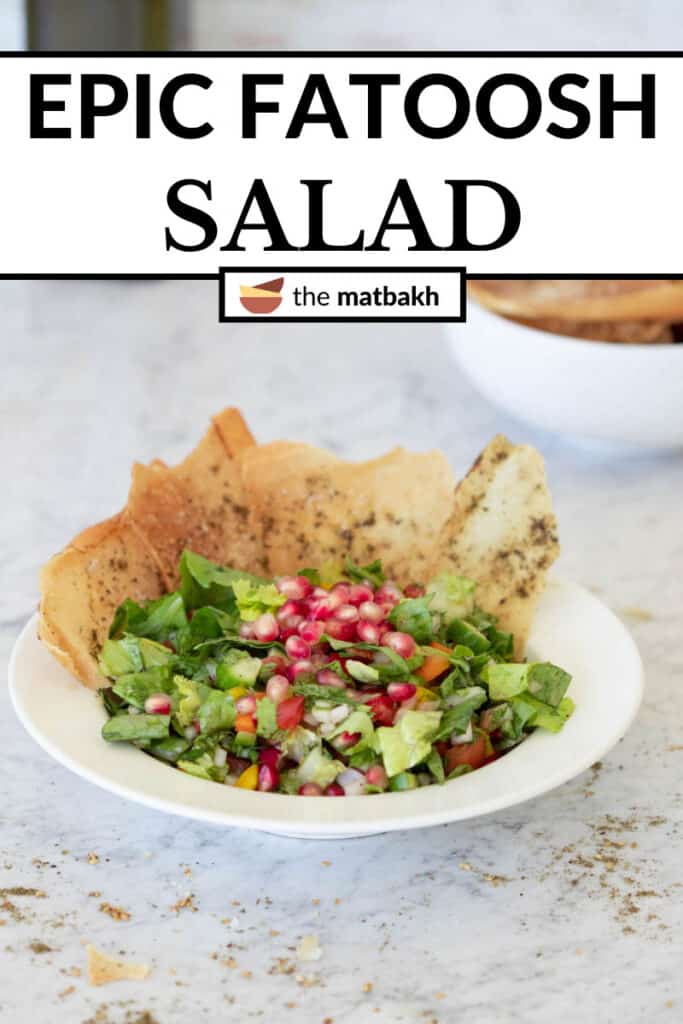 Fatoosh is a bright chopped salad made with homemade pita chips, fresh mint, parsley, radishes, lettuce, tomatoes, onions, sumac, and pomegranate topped with a tangy dressing made with lemon, olive oil, and pomegranate molasses. This epic fatoosh salad recipe is the result of two decades of tweaking my family's fatoosh recipe.

If you’ve never cooked with sumac, za'atar, pita bread, or pomegranate molasses, you should try this recipe!

I love the crunchy homemade fried pita chips with za'atar mixed into a tangy-sweet crunchy salad. I'm a sucker for Mediterranean chopped salads (like this Persian shirazi salad or quinoa tabbouleh) because they go so well with grilled meats and kabobs. This fatoosh recipe combines all of the secrets handed to me by family and friends.

Fry the pita bread in oil. Place the pita chips on a paper towel lined plate. Sprinkle some salt and za'atar spice on top.

Mix the chopped lettuce, chopped salad, and pita chips together immediately prior to serving.

Why is it called fattoush?

Fattoush is derived from fatteh meaning "toasted and crumbled bread".

Are za'atar and sumac the same?

Za'atar is different from sumac. Za'atar is a spice blend of thyme, sumac, and sesame seeds. Whereas, sumac is a berry that's dried and ground.

How To Use Za'atar 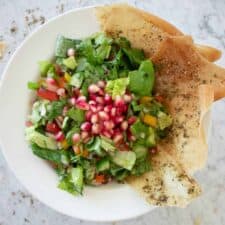 Make The Fatoosh Salad Base