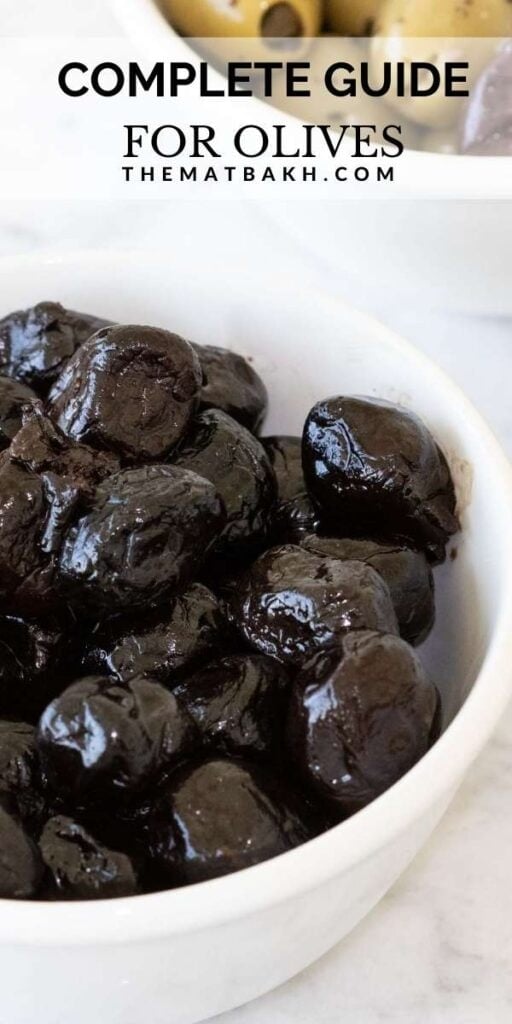 You might think you know about black and green olives, but if I asked you right now whether they're a fruit, vegetable, or neither, would you hesitate before answering? Don't worry - you're not the only one!

Until recently I didn't know this much about olives either. After all, I know that I like Greek but not Italian ones and green but not black ones, but I didn't know how to classify them or why I had those opinions.

What Are Olives and How Are They Grown?

Olives are a small, oval fruit with hard stones (or pits) in the middle. They're traditionally grown across the Mediterranean but can also grow in climates like that of California.

Fun fact: because olives have one singular stone, they are considered to be a 'drupe'. This puts them in the same category as other fruits like peaches and cherries. However, olives have a much lower sugar content and a sky-high oil content in comparison!

They grow on evergreen trees which grow incredibly slowly, and once the tree is of a decent size, it's pretty good at withstanding drought. They're best grown outdoors in sunny areas.

Despite the fact that the trees can get pretty big, they can still grow in pots as they grow so slowly. They have relatively small pale green-grey leaves and in most places, won't produce fruit (and not edible fruit unless you're lucky enough to live in one of the below places and know how to care for them well).

However, this is not a gardening blog, so I think you can find out more from other sites if you'd really like to grow your own olives.

Olives aren't just grown in the Mediterranean - they can also be grown in other places with similar climates such as:

So really, places with mild winters and long, warm, dry summers. It's really classed as a subtropical climate more than anything!

So, if you live in one of those countries and fancy growing olives then why not give it a go?

Olives come in various shades of green and black depending on when they're picked. Green olives are typically firmer as they're unripe, while black olives are fully ripe and are softer.

To some extent, the curing process can also affect the colors of olives as they are inedible when raw and freshly picked. They're very strong and bitter, so both colors are cured either by being packed in salt, brine or water, before being eaten.

Sometimes, olives are lye-cured, which involves raw olives being soaked in an alkaline lye solution. However, this can affect their flavor so is typically used by large, commercial olive producers.

However, there's no way to avoid it as it won't be shown on food labels, so determining whether it was used is very difficult.

Generally, green olives are denser, firmer, and more bitter than black olives. However, the curing process does also affect the flavor and texture so it's difficult to compare them.

The differences between regional olive oils are due to a lot of factors. For example, both Greece and Italy are known for their olive oil, but their oils are both unique because:

Even the color of Greek olive oil is different to that of Italian olive oil.

When it comes to the varieties of olive, their names do often give away where they're from (or where the tree species is from):

Does it Matter How the Olives Are Cured?

The cure is what gives the olives their saltiness, texture and flavor.

Olive curing is actually more like fermentation if anything - it's a conversion of natural sugars into lactic acid.

Here are the types of brining method:

For just eating as they are, I'd recommend using whole olives as once pitted they can become a little softer - plus, when they're pitted, some of the flesh is also lost which means that there's less olive per olive if they're pitted.

This is also the case for if you're creating your own marinade.

However, for cooking with, I'd recommend using pitted as it's easier - nobody wants to have to spit out a pit every other bite of a meal!