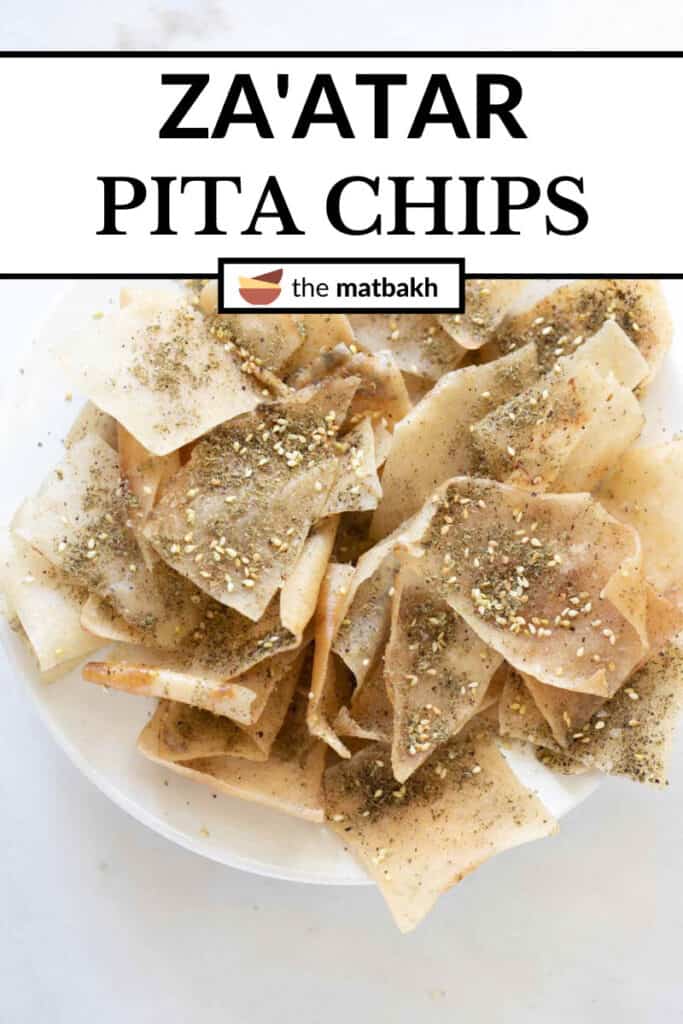 I like to use za'atar fried pita bread in my fattoush salad recipe. These chips are great as a snack by themselves too. If you'd like a plain version of this recipe, check out these sea salt pita chips.

I love za'atar, especially za'atar manakish (Lebanese flatbread with za'atar spice and olive oil). If there is a way I can use za'atar to add some flavor, I'm all in! Za'atar is great with labneh, like this za'atar labneh sandwich, and it's great with cheese, like these za'atar and cheese spring rolls. Now, I can confirm that za'atar on chips is amazing. Not only is this recipe super quick and easy, but it's a great way to use your za'atar spice.

How To Make Za'atar Pita Chips

Heat the oil to medium heat. If the oil is too hot, the pita bread will cook faster than you can remove from the oil, leaving you with burned pita chips. The oil is the proper temperature if you dip the bread and some bubble action starts to happen. Once the pita bread turns golden, use a slotted spoon to remove them from the oil.

Place the homemade pita chips on a paper towel-lined bowl or plate. Salt and season with za'atar spice immediately after removing the chips from the oil.

Allow the chips to cool. Store them in an airtight bag at room temperature for up to a week.

What is za'atar seasoning made of?

Za'atar seasoning is a blend of dried thyme, sesame seeds, and sumac.

How can I use za'atar?

Za'atar is a spice that can be mixed with olive oil and used to make flatbreads. It can also be sprinkled on pita chips, added on top of labneh, and stuffed into spring rolls with cheese.

Dips For Your Chips 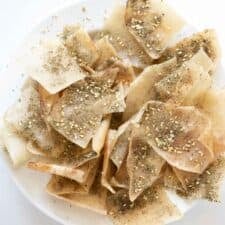 More All Types Of Snacks